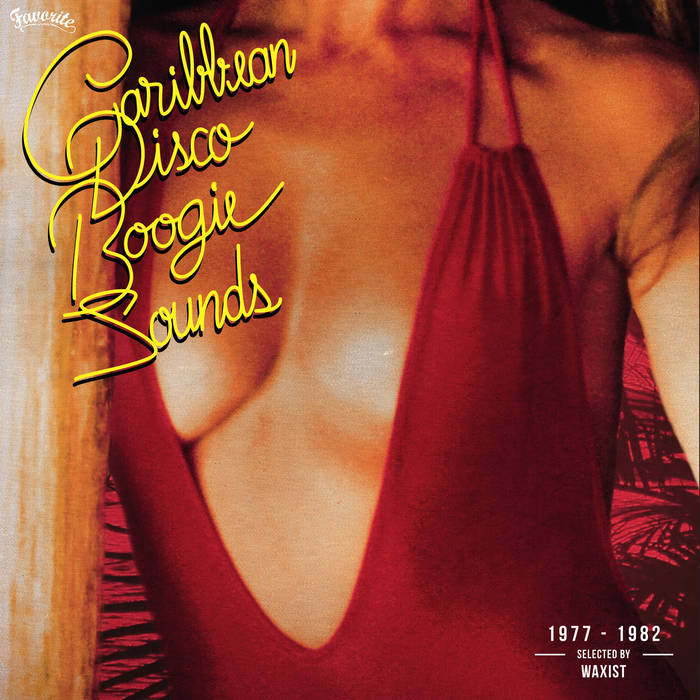 It’s now pretty obvious that Disco influence has not only been powerful in western clubs. It has also influenced musicians all around the world, from France to Brasil, as Favorite Recordings proved it with the previous volumes of the "Disco Boogie Sounds" compilations. West-Indies islands are no exception to the rule.

Indeed, at that time in the Caribbean territories, local musicians and producers seized the sound of their US counterparts, and make it their own, melting-up disco, funk, and boogie (even early rap) elements with some more traditional or local styles. Besides, the important size of the Caribbean diaspora in the US, Canada, or in the UK, has certainly played a huge role in making those two musical worlds meet. At the end, West-Indies Islands have not only tried to reproduce US dance hits locally, they also bred their own version of Disco.

Apart from some obvious titles which made it to the charts ("Trinidad" by John Gibbs to name one), very few was known on these productions until recently. Most of it has remained obscure, being only played by a handful of record collectors & DJs. Having grown up for most of my childhood and teenager years in a small island from the Indian Ocean, I was immersed in the “sun & sand” vibes at an early age, which helped molding my musical tastes. If the sound of the Caribbean Islands is very different from the Indian Ocean's one, it’s anyway no surprise that I have been attracted quickly by the West-Indies’ 70s music productions, as a DJ and record collector.

From an initial pre-selection of 40 tracks, Favorite Recordings and I teamed up to narrow down the actual tracklist. With no pretention to be exhaustive, this selection represents a tiny sample of a broader ocean of quality Caribbean Disco/Boogie tunes. It will take you to various places like Virgin Islands, Jamaica, or Trinidad, as well as a couple of Western major cities, where West-Indies diaspora is strong (New York, London).

The soundtrack of this journey goes from Disco/Rap sounds, with the obscure "Macho Man" by Eddie & The Movement, to weird Afro-Disco/Funk influenced songs, such as “My African Religion” by Jamaican singer Paul Hurlock. Also featured here are a couple of personal secret weapons such as instrumental "Bermuda Triangle" by Musicism, or "Going to the Party" by Barry Bryson.

Favorite Recordings & Waxist are very happy and proud to bring back lights on some of these rare tunes.