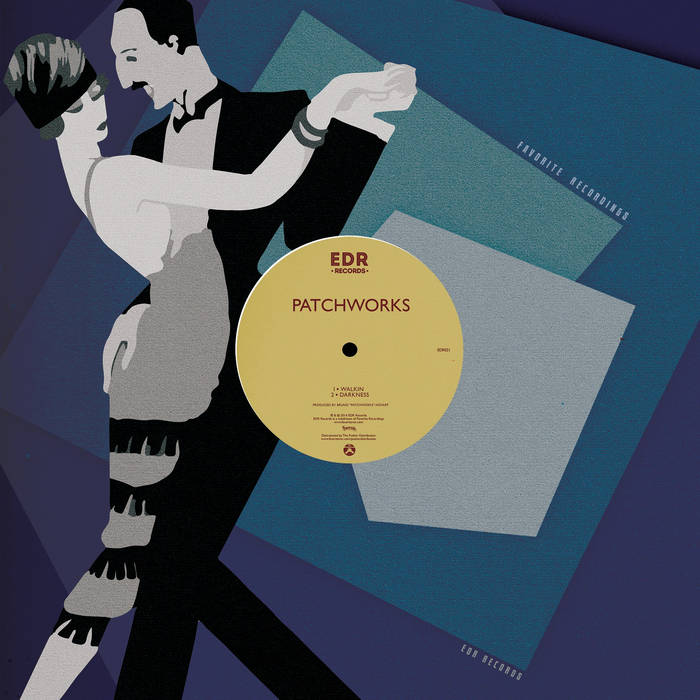 Bruno “Patchworks” Hovart is definitely a name to remember if you’re interested in today’s groove Music scene. After playing as a bassist and guitarist for various bands, he started producing in the mid-nineties and has kept on mixing today’s technologies with the raw spirits of House, Electronic, Disco, Funk, Soul & Jazz music’s golden years since then.

Following the trail of success left by his various projects as Patchworks, and under many aliases such as Mr President, Uptown Funk Empire, The Dynamics, or Metropolitan Jazz Affair, he’s proved his musical ubiquity album after album and unexpectedly stroke in various genres. For this new EP, he’s back under the EDR Records’ umbrella, following up to his recent acclaimed EP called “Give My Love” (EDR019) and meanwhile pursuing a comeback to his early love for House music.

Many House music diggers over the world would indeed remember that before Favorite Recordings was launched in 2005, Patchworks and Pascal Rioux were famous within the Deep-House scene for their various titles on the Rotax Disques imprint. Besides since the late 90s, Patchworks has also collaborated, with labels such as Q-Tape, or Still Music, and provided many clubbing hits like “Million Toes”, “Sugar”, or “Minautor” to name just a few.

This 4 tracks EP is obviously armed again for killing any dancefloor!! And the entire EP package is clearly infected by some of the best early producers of the genre.