by The Funk League 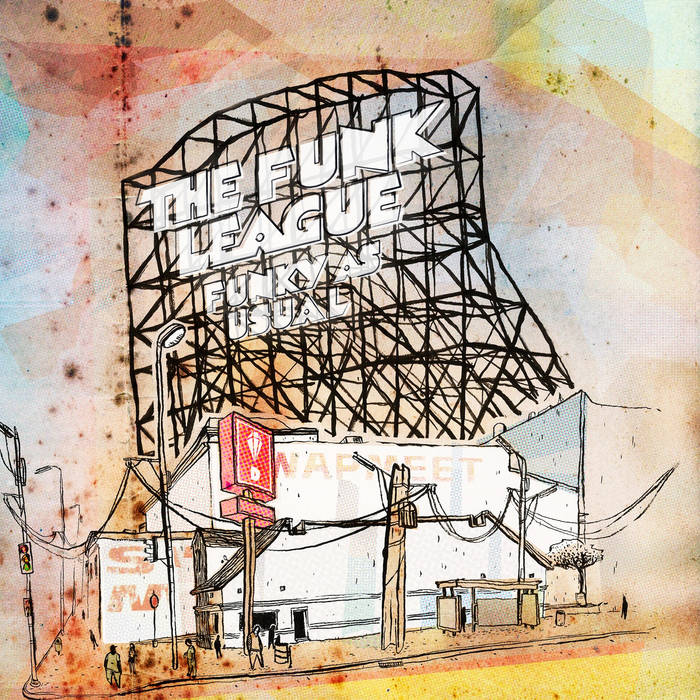 The Sound of The Sunken Foal

After a series of funk and jazz flavored singles and production credits for the likes of Large Professor or Diamond D, The Funk League, aka Hugo and the Soulbrother Suspect, is now ready to spread more groove with the release of a full length album this fall, "Funky As Usual".

Both from the east side of Paris (20th district), rare groove connoisseurs and vinyl collectors, Hugo and Suspect would eventually meet half a decade ago at a gig. They would ultimately record a few demos together, one emerging as their first single as The Funk League, "On & On", featuring Bronx legend Sadat X from Brand Nubian, in 2009.


Still developing this formula, the League then released another EP, this time with Diamond D, Sadat and Andy C on the mic duties on some jazzy baselines and swinging drums, and a 7" single with Swedish crew Speech Defect, showing skills on the deep funk tip.

"Funky As Usual" is this collection of grooves, put together with a precise production trademark (highlighting strong influences of Jazz, Fusion and even Brazilian music), and a subtle sequencing of the songs and interludes through the whole album, thus creating different atmospheric tones and patterns.

Same goes for the mic duties, handled by no less than Large Pro, Diamond, Sadat, Gift of Gab from Blackalicious, but also underground favorites Ugly Duckling, Abdominal, or even songstress Kylie Auldist from Aussie funk sensation, The Bamboos, on an all-acoustic acid jazz track performed and co-composed by label mates, The Joyous Juice.

FEEDBACKS:
- Okayplayer (87/100): "The sound is effortless and the lyrical collaborators seem appropriate and in the pocket. These components ultimately make this a good album."
- DJ LeFto (BBE / lefto.be): "In a world of music where straight forward, cold electronic sounds are taking a lot of room it is always good to come back to a warm, groovy and organic sound, thank you!"
- Mad Mats (Local Talk / Raw Fusion): "Great album...old school done the right way!"
- Jame Barrie (BBE / Global Souljah): "Some of that no missing old school funky hip hop vibes. Nice!!"
- Mike Chadwick (Jazz FM - DJ): "Sounds amazing, can't wait to big it up in the UK. There ain't nothin' wrong with Groovin'!"