Interpretation Of The Original Rhythm

by Ray Stephen Oche & His Matumbo 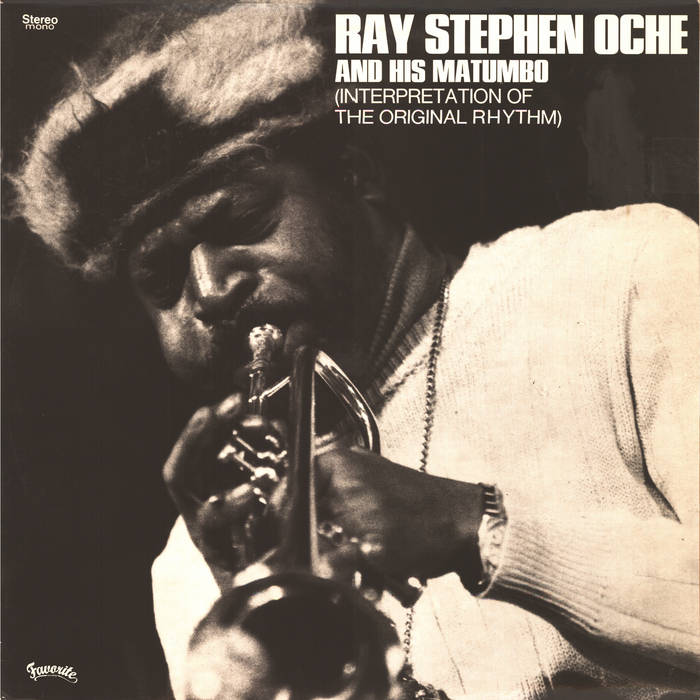 From the late 50s he spent time in Ghana meeting famous drummer Guy Warren, "who is supposed to have deliver him the secret of the authentic african rythms", touring in Sierra Leone with "Outer Space" band, and travelling to Senegal and Gambia. He arrived in Paris in 1965 and played all over Europe. Matumbo, name of his band on this record means in Angola, "gifted with various talents".

This LP has been recorded in Paris, with musicians coming from Congo, Togo, Guinea, Gambia, but also Brazil and "french" West Indies. The whole album is roots and groovy afro-jazz, full of percussions and african singing (in Idoma language).