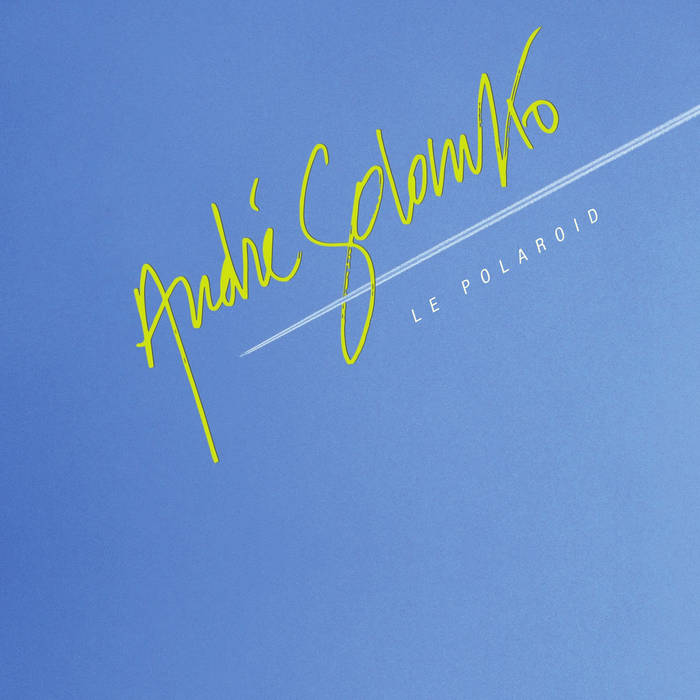 Favorite Recordings presents “Le Polaroïd” by Andre Solomko, an artist who spreads love like in the good old days!

Born in Ukraine in 1965 and now based in Finland, Andre Solomko is primarily a rich and engaging personality, but above all, a brilliant saxophonist and true musical esthete whose contagious passion cannot leave anyone indifferent.

After beginning a meteoric career in USSR, fate led him to Finland, where after some difficult years; he will start the adventure Vinyl Jam, a label / studio / group based in Helsinki. It’ll result in two self-produced albums between 2006 and 2009, that will capture the attention of some international collectors, including Pascal Rioux founder of Favorite Recordings, who immediately felt in love for the style and analogic sound of Andre, and therefore offers him to produce a third album, released in 2012 and titled “Où es-tu maintenant ?”.

Hailed by some renowned amateurs and tastemakers, this 3rd album will also meet notable success in Japan, thanks to the support of local label P -Vine Records. This recognition will enhance a little more the relationship between Andre and Favorite, who quickly consider together the writing and producing of new songs.

True to Andre’s passion for film music and 80s jazz-funk, but also his tradition of always produce and record his music in analog, “Le Polaroid” is a continuation of its predecessor and built a stylized and aesthetics music’ kaleidoscope. Surrounded by a team of musicians partly rebuilt and some talented guests such as Alain Mion (Cortex), Mr Day, or finish singer Stiina, Andre Solomko appears at his best, displaying a subtle sense of melody and remarkable ease for composition.

It is often said that music is like those who make it ... Courageous, passionate, demanding, emotional, authentic, these are all adjectives that seem natural to describe Andre Solomko and, if the proverb is true, this stunning new album.