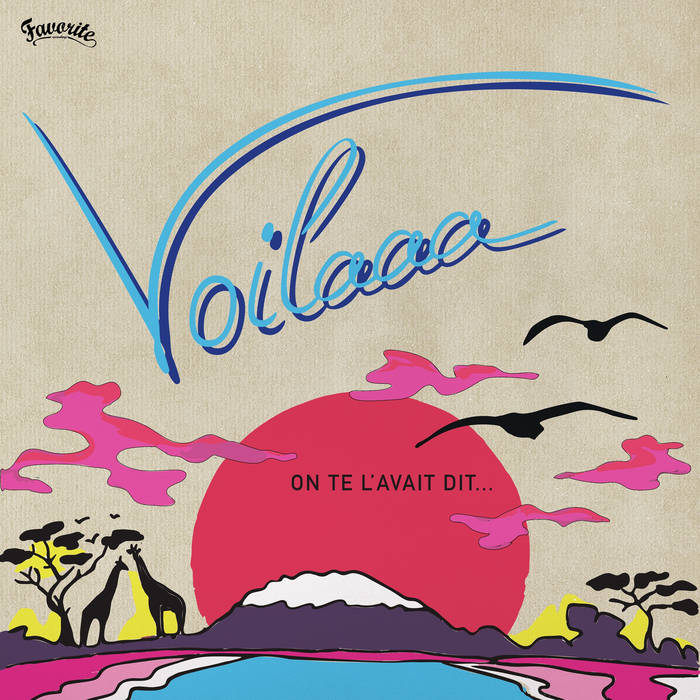 DJ Chiv The mood of this tune is just fabulous. The brass, the vocal and the production is exquisite. Just beautiful Favorite track: Enlevez-moi ça (Feat. Pat Kalla).

Nemo Halperin An Afro disco classic. The LP surpasses the excellent single in so many ways. One of Patchworks best and one of the best of 2015 so far. Favorite track: Bark.

Under the imprint of the label and after their long years of collaboration in the achievement of projects such as The Dynamics, Mr President, Mr Day, Patchworks Galactic Project, or Taggy Matcher, the insatiable French producer therefore returns to his first love and specialty, Disco music, staring this time at the African and Caribbean influences.

Indeed, as everywhere in the 70s and 80s, Funk and Disco movements were extremely influential in these regions, and in most cases, the combination of the festive, yet sometime futile nature of Disco, and the instinctive, deep, sometimes rough nature of African music, sounds like a perfect balance. Aiming to find back this energy and specific sound, Patchworks quickly began producing a few tracks; Using his unique and ruling beats and bass lines as foundations, this time he dresses all with guitars, keyboards and brass distorted with vintage and DIY effects pedals and boxes.

Surrounded by a very dynamic music scene, where there is no shortage of artists with African origins, Patchworks decided to work with local singers, even if it means to accompany them on unusual musical paths. A more than successful bet with a result surprising of authenticity, as it’s unveiled recently with two explosive titles alongside Sir Jean and Pat Kalla, both from a musical background as rich than different.

The 10 tracks of the album are instantly up to expectations, chaining hit after hit tirelessly, and offering a few more brilliant collaborations with Renaud Bilombo, but also label mates Hawa and Fouley Badiaga. With this new escapade, Patchworks and Favorite Recordings make a strike again and confirm them a little more if needed, as the true warrant of the modern dancefloors’ loyalty to the spirit of their mythical ancestors ... Voilaaa tout (Thaaat’s all)!!