by The Real Fake MC 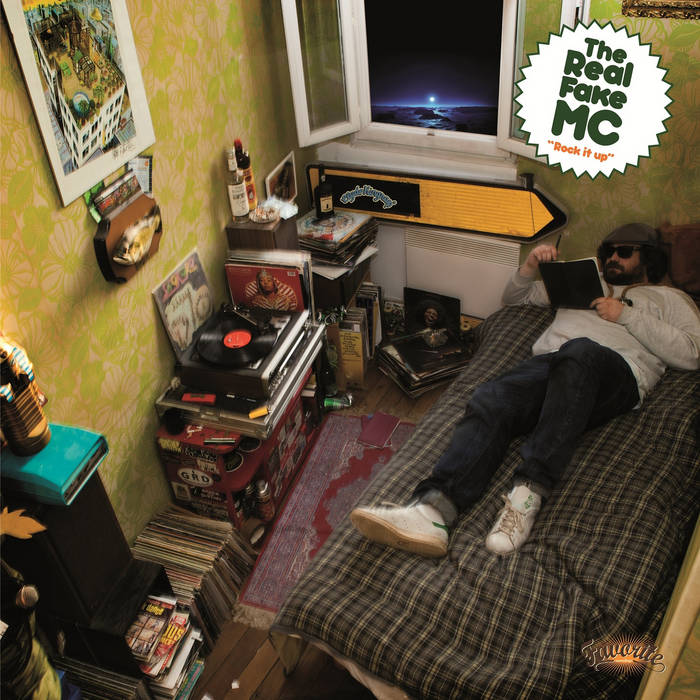 New Jersey Born Clyde Kingrap aKa The Real Fake MC is probably the freakiest MC on earth. His mum probably chose to feed him with Kurtis Blow and Afrika Bambatta’s wax instead of motherly milk, but that’s OK now, he knows how to feed himself on his own…. His Flow is definitely influenced by old school masters (Grandmaster Flash, Kurtis Blow), but the Real fake MC declares that his major influence remain in P-Funk & Gogo Funk.

For more than 15 years he's been grabbing mics and spreading funky vibes on stage & in collabs all around the world. For his first solo album Clyde Kingrap aka The Real Fake MC drops us 11 of his funk tracks produced by French producer Patchworks aka Mr President. These two musicians have been dropping some tracks together for more than a decade, with always the same target: educate their love for Hip-Hop with jokin lyrics & Funk inspired beats played live with instruments.

In this LP you will find tracks from his first street-tape with Patchworks, tracks from his two 12" out on Favorite Recordings, “Live & Survive” & “Hunt Ya Sunshine”, and some new exclusive joints never released before.

- Jay Scarlett (Beat Dimension / Ampsoul): "Great revival vibe! Nice production."
- Erik Schneider / Erik The Red (Giant Step / Bastard Jazz): "Call Me Real Fake has been in my crate for a while, so good to hear the full album. Great beats and always entertaining."
- m.path.iq (We Are... On Air / !K7): "Is this giving a fuck about what HipHop has become?
No - it laughs about it!vJust taking the good old ingredients and adds real unfaked attitude. What turns out is a funny and great record."
- James (Audio Texture): "Fun and funky.."
- Nasty Nilez (MOOVMNT): "Shit is not only funky, but also funny. Kinda hard to hate on!"
- DJ Rahdu (BamaLoveSoul.Com): "Nice! Retro but listenable. This one will have you pulling on your Lee jeans to go to the party!"
- Juergen Drimal (Radio Superfly/head of music): "Fantastic album....full support on radio superfly!"
- DJ Tomas (Friday Night Session / Google Music): "Cold funky and mighty flavorful. Real Fake MC is truly original (in a retro kinda way)!"
- Simon Harrison (basic soul radio show): "This album has the grooooove!!"
- Guigui (Le Mellotron): "Groovy, funky and sunny ! Bravo !"
- Mars Blackmon (Radio Grenouille): "Super Groovy ! Will play some tracks in my show for sure !"