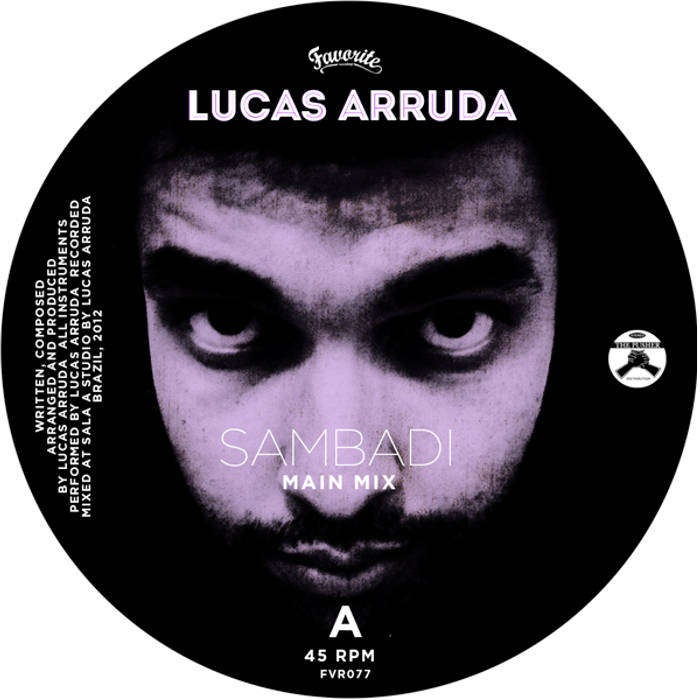 Lucas Arruda’s born in 1983, in a Brazilian state called Espírito Santo, near Rio de Janeiro. Coming from a musical family (his dad and older brother are musicians) he started playing and listening to music very young. At the age of 13, he was also playing professionally already.

From the growing notoriety obtained with their first release, the band began to work with various other artists and singers such as Tamy Macedo, Idalina Dornellas, or Bossa Nova’s legend, Leila Pinheiro. Lucas also worked on the side for several other projects, which led him to build a recording studio with Thiago in 2011.

This decision was a large step in his musical career and the next two years were indeed filled with great new collaborations alongside artists like Azee Project, Danny Perez (English producer), or Guida de Palma (Jazzinho). Now 2 years after he launched this home-studio, here comes “Sambadi”, first single and title of Lucas Arruda’s upcoming first solo LP!

In Lucas’ words, Sambadi is highly inspired by Rio de Janeiro: “I’m living between two places, but my music and my heart are all in Rio”. As for the musical side, the album almost sounds like a tribute to his longtime heroes, with tasty influences by Stevie Wonder, Curtis Mayfield, Marcos Valle, Azymuth, Robson Jorge & Lincoln Olivetti amongst many others. And Lucas also humbly concludes: “With Sambadi, I really hope to honor all the guys who influenced me.”

Favorite Recordings will release his first LP called « Sambadi » in spring 2013. In the meantime a Limited 7inch including an exclusive remix from Patchworks will be out on January 28th 2013.